We hatez the new google look. We hatez it precious.

But I knew the pics I was going to take. The same day it said plant a veg, I had planted lettuce in pot for indoors. The night before it said last t hing you bought, I'd actually bought something purty, instead of food. 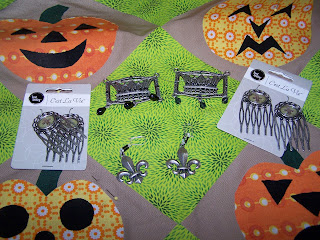 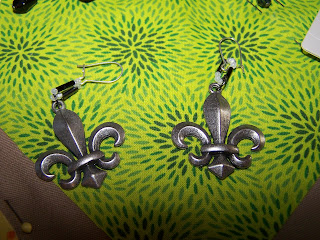 I earned a little money from Mary Kay. Most went to food and gas, but I did pull some out for beading needles I needed to finish a couple projects, then these items were clearanced out! The earrings I made, but the fleur de lis parts I bought with the other items, did a little bead drop, put them on fish hooks and voila! LOL I'll wear them for author photos. I keep calling them author photos cuz I need them for everything for official bios, etc. :) The crown piece I'm trying to make into a necklace with metal crochet & beads and stuff. I'm not so sure about it. We'll see what it looks like when done. I may have to start over. 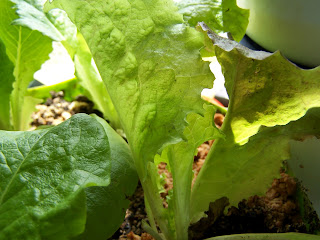 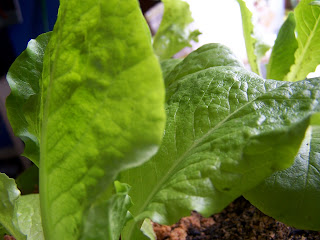 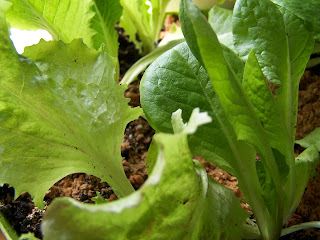 The last three are from my lettuce I've planted in a pot indoors. I really like these photos. In fact, may have to paint them...with what money, I don't know. I don't need them for my writing...unless I get a commission for them? LOL

But part of why I like them is they were a gift. The other part, is they are life. I love seeing spring burst forth from the ground. I love growing things. Love even more the growing of things that will provide sustenance for my family. My yard is AWESOME. Compared to last year when I was uber busy elsewhere during this time, it's a freaking show place LOL I have little gardens all over the place, but mostly in front and back of the short ends of our double wide mobil home :D
I have lettuce/peas, etc in place that is shaded from afternoon sun and corn and toms where they'll get the afternoon sun.

Also, our fence is more than halfway done!! Well, length wise. I think we're going to have a little bit of a snafu when we put the driveway gate in. I know we need to buy hinges. or something LOL But it looks so good! I planted a couple beef steak toms and a corn stalk in one corner and will add a few other edible items as well. Trying to make that corner pleasing to the eye. We aren't going to have money to landscape much, but I'm trying to keep the weeds down and raise food for canning, etc.

As for writing, I finished my sort of secret project and am awaiting, biting nails, for the result. And did I mention I finished first round edits on the anthology submission for Breathless Press? I'm pretty sure I did, but just in case :)

I've had a VERY bad weekend. I had a bait and switch type thing pulled on me. A couple of people I know that were/are friends of my elder children came over. One asked to use the bathroom. I said no (he lives about a block away). He asked if Patrick (10yo) was here, I said no. Then he left suppsoedly to go to the bathroom at his house and the girl talked to me. About 15 min later she gets calls from male and leaves. Nate comes home less than 5 min after they leave. Told me he had said hi to them ( had pictured drive by hi's, turned out they were in the guy's yard and Nate said hi, after he said he was leaving to get pop, they hightail it to my house? Ask to use the bathroom? What the F ever) A couple hours later go to use the xbox and controllers and all our games are gone. My husband had set the controllers up when he put on his shoes to leave. This guy is still trying to deny it? Seriously? We went to pawn shops and through some miscommunication on my and Nate's part didn't get the sheriff's report filed. Which is fine, cuz we've discovered movies missing out of back bedroom where he likely climbed in the window, then out the back door which had previously been locked but was onlocked later despite our not using it. (there are no steps--another thing we need to build--so it rarely gets used by us.) Be better to have the list complete. I can't remember which movies had been out and which ones were on the same shelf as the games or were mixed in with the games or in Patrick's room where he watches movies sometimes. So hopefully, we've got a closer list now and can take it to police.

Then some other personal family stuff has come up and I'm tired of people accusing me of the things they spent their lifetime doing to me. So, I've had to let a couple family members go. The one doing it and the ones believing it. Honestly, if they knew me at all, they would know better. I am who I am. I don't pretend to be someone else in front of people. I yell, I bitch, I curse, I defend myself, I don't care who's around. I mean, I do use some discretion. I don't walk into a library and start yelling, or visit a church and start cursing, but that's called respect and decorum.

But, if someone's in my house, or I'm in a store, and my child is disrescpectful, she's going to get called on it. And the people who know me, should know, I don't play BS games. I don't do the manipulation cards, etc. If they don't see that by now, I can spend no more energy on them.

I'm writing (yay!) gardening, and soon, will paint more. On top of that, I have 3 boys still at home who need my attention and not to be sending it out to people who are like that anyway. I love my boys and they bring smiles to my face even as I'm exasperated. All this happened at a really bad time as today is the 2nd anniversary of my brother's death. Maybe that's why I'm ready to let go of people who are willing to treat me bad? Maybe.

So, focusing on happier, healthier things, and spring cleaning in all areas of life! I miss my Timmy Luke, but he taught me to live life to the fullest. I plan on doing just that!
Posted by Leona at 1:38 PM

New comments are not allowed.