Yeah, two in a week. It must be serious :D It's been a busy week. My head editor duties have come to the forefront at Three Worlds Press. One of those duties has been to hire new editors! Three new ones, and one I'll train up a bit more, but she's on the list now. However, she also writes, and I'd much rather she writes. lol I had to do a happy dance. There are instincts in editing that are hard to teach. Grammar is easier, and that's what I have Line editors for (need another one of those as well lol). But to recognize a good story, to be willing to mold it into something for readers that is good quality, that's something some people are just better at than others. I'm so excited!

As a writer, I'm hoping to get some things done tonight so it can head it's way to lines. The Midwife's Moon is nearly there. I've added about 1k+ words and it's been through a few rounds of edits already. I've also added a glossary of terms and people of the War of the Weres world. It's exciting! A short to start off the War of the Weres Chronicles will be out soon after. Three Worlds Press is also trying to get our print lines set up. That's right, our longer novels will be going to print! This will include The Midwife's Moon and The Ulfric's Mate.... :D

I'm also gearing up for the workshop I'd planned for this weekend. It's an editing basics class for editors and writers. It's $35US. I'm covering the basics of pacing, setting, character arcs, etc. I have a guest speaker for putting scents in your writing. She has written a lovely book, Scent of Freedom, as well as others in the world not published yet (but I get to read them cuz I am her critique partner! :D) wherein she uses scents in a unique way that I think we can all learn from. Our olfactory sense is one that seems to have the best memory triggers, and I believe we should be incorporating them into our writing more often. My paypal is Leona.bushman@gmail.com. Pay your entry fee and email me at the same address or message me via FB or twitter (@L_bushman) and let me know you've signed up. Class is online on FB, and there will be handouts, other authors I've edited with, on top of the guest speaker. Live time with me is 10a-12p Friday and 4-6p Friday, and same times on Saturday. The group will be open for discussion with each other, guest speaker, me, and other authors even if I'm not there. The guest speaker is speaking on Saturday morning. All times are PST. This group will remain open to all who've paid for the class as reference, as will the files. I had planned on putting finishing touches on tomorrow, but instead....

I'm also trying to get all of the work I'd planned on doing on Thursday done today. Yesterday, a specialist decided that Nate needs surgery. Tomorrow. His hand was caught in a machine last week and the damage is healing nicely, except for the damage to the tendon, apparently. He will be in a cast for four weeks, and then a splint... I will be doing my best at writing, editing, painting, etc during this time. It will be necessary so I don't go stir crazy LOL I foresee a few growly bits from my husband over the course of the next few weeks. I will endeavour to keep my cool. Wish me luck!

Have a great day!
Posted by Leona at 2:27 PM No comments: 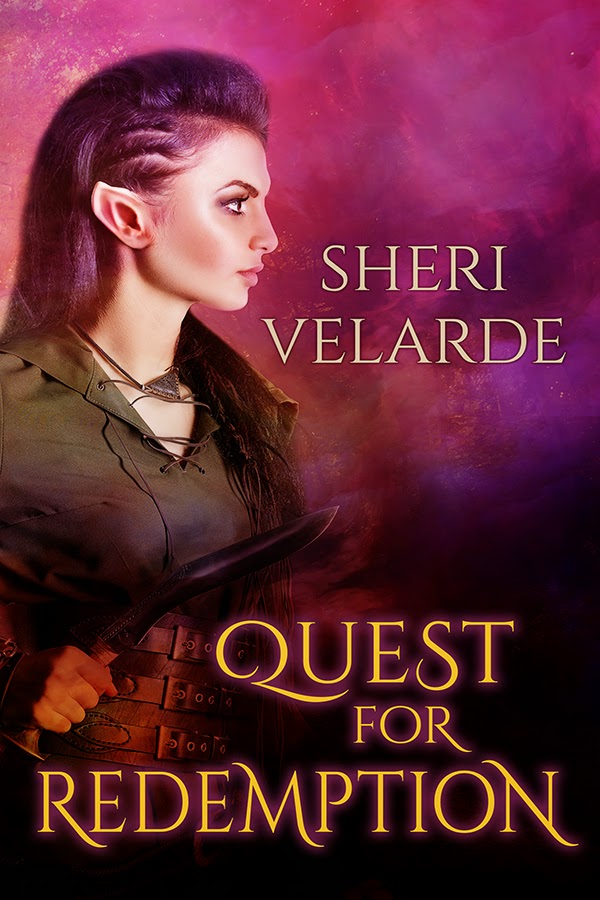 
Quest for Redemption will be out on Three Worlds Press soon!
Posted by Leona at 3:15 AM No comments: