Whew! quite the Christmas weekend! For winners, see my last comment on the Naughty Blog Hop post :D Now, we're going to change up the pace a little and meet an author. Her name is Téa cooper. She did a wonderful interview of me earlier and is a very gracious and wonderful new peeps I'm fortunate to have met through our work as a Breathless Press author.

Now, it was her birthday yesterday. So here's the deal. IF, my wonderful blog readers give her plenty of lovin', ie birthday wishes, comments on excerpt/blurb/cover, etc, then I'll allow her to give away one of her coveted author copies of her ebook Tree Change at 10 different commenters. If we hit fifteen+ then my gift to her will be to sweeten the pot and give away a copy of one of my last two releases as a bonus. So, who wants an early boxing day gift? Or could you use a free book?

Now, draw up a chair, grab your favorite holiday drink and relax as we get to know Téa Cooper. 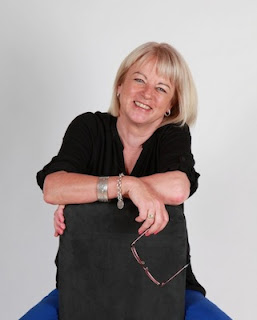 Téa Cooper is an Australian contemporary and historical romance author.


Originally from England Téa came to Australia via India and a few other places in between. She has lived in Sydney, on the NSW Central Coast and now lives in the time-warp village of Wollombi near Cessnock.


To find out more about Téa, or to check out what projects she's working on right now, you can visit her website http://www.teacooperauthor.com
A little more, if you please:


Lurking in the back of Téa’s brain somewhere was the knowledge that one day she would write a novel. It probably started with a rather risqué story in the back of an exercise book at boarding school featuring the long suffering school gardener - not really the stuff romantic heroes were made of but it was before she knew any better.


Life and few heroes of her own showed her the error of her ways and with a baby under one arm, a husband and a half built house she entered a Mills and Boon competition. To her absolute earth shattering amazement she won second place – the prize was a bottle of perfume! Next time she determined she would do better.


But it was still the stuff of fantasy and her family, a herd of alpacas, a protea farm and teaching intervened until one day she decided it was time to do or die. No more procrastination. The characters and plots that had lived in her head for so long were clamoring to escape.


In August 2011 she got serious and joined Romance Writers Australia, entered the Harlequin Mills & Boon New Voices competition and to her horror discovered she hadn’t been – discovered that is. Not even a bottle of perfume this time. But in reality she had won. Procrastination was conquered and determination set in. It was time to get serious.


Tree Change is her first contemporary romance novel and is available now. Her second, a historical novel Lily’s Leap - set in Wollombi, the time-warp village she now calls home – was accepted by Lyrical Press and will be published in mid 2013. She has recently completed her second Australian historical novel Matilda’s Madness - inspired by some of the fascinating characters haunting the local museum.

Want to stalk become a new fan of hers? Then go find her ;-) *note, clicking on the name of the social platform will give you the correct internet addy*


When Téa is not haunting the Wollombi museum she can be found on Facebook, Twitter and Goodreads or you can email her at teacooperauthor@gmail.com.

ABOUT TREE CHANGE… Set on the NSW Central Coast and in Sydney Téa Cooper’s debut romantic novel is now available as an e-book from Amazon,Kobo,All Romance, Bol.comand Bookstrand. 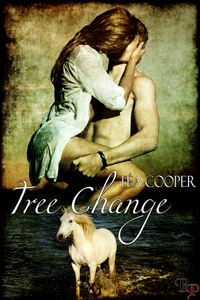 
Forced to choose between the world she wants and the man she loves Cassia opts for fame and fortune. But it’s not enough - one taste and she’s hooked again…


Despite her success in the Sydney art world Cassia yearns for the idyllic life she once lead with Jake in their shack over looking the Pacific Ocean. Seeking closure she falls, like a recovering addict, straight back into his arms, and out again equally quickly.  Not only has he his taken up with his brother's wife but it seems they have a child.


Truth is Jake is living a lie, sworn to secrecy and hamstrung by a promise. Cassia’s fey, artistic character and magical body possess his imagination and his heart. Can he convince her to trust him long enough to save the crumbling remains of their relationship?


"I need answers, and I need them now. I can't go on like this. Either we are together or we are not. You have to make a choice: Madeleine or me. I can't be a convenience you can pick up and put down as the mood takes you."


"My feelings for you, Cass, are a million things but convenience isn't one of them." He shook his head in sorrowful disbelief. How could she not recognize the bond they had?


"Madeleine?" Her raised eyebrows challenged him.


"Right now I can't explain what happened with Madeleine, but her safety is paramount."


Her body shuddered as if she was trying to lift a great weight. What was he doing to her? Madeleine, Madeleine, always Madeleine. "I can't do this again, Jake. I need to go home." Jake slipped her cardigan over her frail shoulders and then stepped back to allow her to lead the way past the bar and up the narrow stairs to street level.


He unlocked the car door and held it open. Her skirt caught on the ribbons of her espadrille. As he leaned down to untangle them, she flinched. Closing her door with exaggerated care he walked around to the driver's door and let himself in. He clicked his seat belt into its clasp before he twisted the key in the ignition. The engine sprang to life, and he pulled out into the darkened street.


Her sigh filled the car. "Jake, I can't. How can I? I've tried and look where we've ended up. Me in Sydney, and you living with your brother's girlfriend."


"Wife," he corrected, regretting the word the moment it left his lips.


“A fabulous tale of love lost and found with a decent dash of mystery to keep the heart pounding.”


“…one thing I really liked about 'Tree Change' is the message about the sacrifices we make in life, that seem large at the time but are ultimately small in the wider scheme of things.” 5 stars


“…Fabulous Australian settings, great beach scenery, excellent background knowledge of the art scene and believable characters who came alive on the page for me.” 5 stars http://www.amazon.com/Tree-Change-ebook/product-reviews/B00AFX2UIM/ref=cm_cr_dp_see_all_btm?ie=UTF8&showViewpoints=1&sortBy=bySubmissionDateDescending


“…Imagine the movie version with the panorama of Sydney Harbour and its surrounds and a clean, uncluttered beach and that’s not to mention the wonderful sculptures.” 5 stars

Lovely reviews for a hot new girl on the scene! Happy Birthday Téa!