Meet in the Middle

I've been frustrated of late. Have you ever noticed that if you try to get someone to quick thinking blindly and look at something from all angles, that you are attacked? Being in the middle is a lonely place so much of the time. You're accused of all sorts of things from being a liberal snowflake to a Nazi sympathizer to what was today's? Oh yes, a sentient fedora. I did applaud this last person. Most creative name I'd been called in a long time.

I do not follow blindly. I do not believe something simply because someone said it or it was on the news. I refuse to let the bad things that happened to me make me a hateful, angry person. However, I also refuse to let those people attack me because they cannot have an adult discussion with someone who doesn't agree with them. Sometimes, I do agree with them, but not with their methods of attack or their reasoning.

What is it about us humans that makes it hard as hell to see the other person's side? That makes us so hateful? I've been fighting with depression for months. Severe depression. Most people only know when I tell them because I've been FIGHTING IT. I refuse to allow it to make me not talk to my kids, to not be there for my friends. But apparently, because it's not a certain kind of depression (like bipolar), it's not real enough, or if I fight the lies my body is telling me, I'm just strong and shouldn't expect other people too. Um, no. We all should fight the lies. Whether it's our bodies or an outside force, the lies hold us back, keep us from our potential. It's not easy, and depression hurts like hell and tricks the mind. But science has now backed up what I've been saying for years--looking for the positive trains your brain to see the positive AND HAS AN ACTUAL CHEMICAL REACTION IN YOUR BRAIN that fights depression. Now, this doesn't mean you don't think the sad thoughts, the ambivalent thoughts. It doesn't mean you don't feel the pain, the shame. What it means is you focus on something positive so your brain has more to fight off the damn lies with. If you need meds, by all means, use that too! Whatever works for you to fight the lies your mind and body tells you.

With the lies fed to you by people and the media, it's not as clear cut. You need to look for the positive, try to understand the other side. However, it's a lot easier to find a positive in my life, even when I'm homeless, than to find someone who is willing to try to see stuff from both sides.

We are led by our emotions. Here is something I wrote today after being attacked and bullied because I refused to get out the pitchforks and torches based on the word of one person who went to the media. The subject was a touchy one, but mostly, this was the last straw for me. So here it is.

The voice of reason is almost always maligned.

Fall in line, soldier. Believe what I say regardless of the facts. Be lead by your emotions. Allow your emotions to override your common sense, your decency. Allow your past to vilify all who remind you of someone who wronged you. Hold on to those hurts and treat others badly because your emotions say that everyone should hurt because you do. Don't listen to reason, duty, honor, and loyalty because they will cause you to do things that aren't where big brother, who is manipulating your emotions, wants you to go. Don't think for yourself. Only feel what I deem acceptable. Don't look at both sides of the equation because you might start understanding and having compassion for the other side, then how will we control you? Don't be responsible for your screw ups. Blame someone else. Don't try to better your life. Blame the rich. Blame the poor. Blame the stars. Blame someone so we can keep manipulating you by what you feel. Feeding you the emotions we want you to feel. Reason? Common sense? Overrated. Agree with our opinion or we're allowed to call you names and bully you until you fall back in line, soldier. As you were. 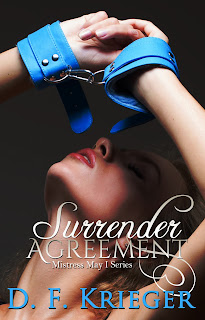