Things have been a trip and a half for me these last years. Lately, health issues really took my time away from blogging :) I've really enjoyed the author features, but I have to remember, this is about the whole walk-being a parent, a writer, and still blogging/marketing.

My boy, now four years old, is in the special program at school that will help  him improve his speech :) He's a cute kid all the way around, and stubborn as all get out. :D We picked up a fun play area to build in our back yard... slide, swing, wall climbing, with a two story house you climb to the top of to get to the slide. It'll be a blast!

We finished the fence as well, so I know have a fenced in yard for him to play in! We've got a pool we picked up from craigslist (thanks mom!!) for free(she found it and is awesome!) and will have that as well. It's an above ground pool, but a long one! This summer is looking to be fun for our kids.

Our yards coming along. A lot better than my health is I'm afraid. But I'm starting again, doing like last year, yard work, and c25k to be starting again. I'm starting a month ahead of time so hopefully, will get farther and healthier faster.

I'd started roller derby in September, but then bled for months and months. I'm hoping (keep fingers and toes crossed) I can go back to it!! I'm going to go this weekend and see what they say. It would be a great way to keep in shape!

The big news is I'M RELEASING TWO ANTHOLOGIES WITH BREATHLESS PRESS TOMORROW! Crimson, a vampire antho, and Service, an antho with military related shorts! I'm so stinking excited and overwhelmed! Here's where the party's going to be! Commenting earns you entry to the grand prize! The more entries I get the more prizes I'll give away. The big prize is all six of my books from Breathless Press :) So come and join the fun and let me thrill you! 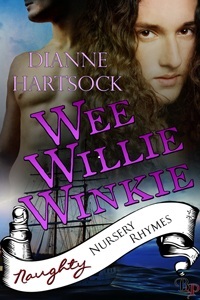 Welcome to the Birthday Bash! Don't forget you have to guess on EACH blog for a chance at the Grand Prize :D All commenters who take a guess will go in an additional drawing for The Captain's Christmas or Rick Sexed Up the Doc!! Handsome man isn't it!! 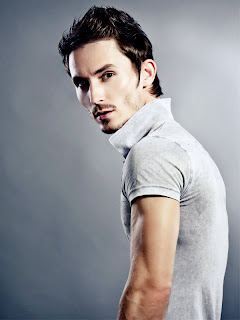 
Hello everybody, I just got here and let me tell you, there is some cool shit out there in the world. Yeah, you nod like you know what I'm talking about. Shapeshifters, man, I'm talking about shapeshifters. Not the corny stuff on your TV. Real, living, breathing, gonna turn into an animal, shapeshifters. Heck, I just saw one, no kidding. Well, I think she was a shifter. She's totally hot. A normal human couldn't be this hot. It's that dangerous, I'll kill you at any given moment, kind of hot. Know what I mean? Yeah, yeah? No?!  Huh... Well I better get back to the lab and run some analysis on stuffs before the doc and the detective figure out I slipped out. Later, kids.


Alright readers, here are your choices:


Please leave your guess below and proceed to the next blog. Remember, you must leave an answer on all 9 blogs to be entered in the drawing to win a Kindle Fire, among other great prizes!

*here's the home page if you're lost :D http://dfkrieger.blogspot.com/