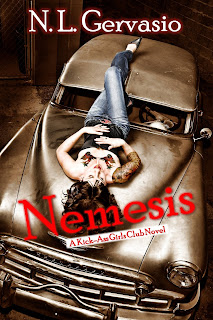 Hi!
I know, it hasn’t been six month’s but I thought I’d post anyway

I have two new releases, Serviced, and Crimson, both anthologies

Serviced has something to do with military (those were the guidelines to submit) and had to be hot. Well, we deliver! Here’s a FB link for Serviced page and here's the cover:

Gorgeous, ain’t he? er, sorry for the bad grammar. He’s got me all tongue tied… My story, Over a Dead Body has a Navy man and an NCIS woman and boy do sparks fly.
Riker discovered a body and it’s Edie’s job to determine if he did it or not.

He looked at her, his face set hard in downward lines, his eyes ice cold as they looked at her. “Am I a suspect or a witness?”
“Why don’t you tell me?”
He slammed a fist on the table. The noise echoed in the small room. “Damn it, Edie. You know I didn’t do this. Why are you baiting me?”
Other than a slight twitch of her knees, she managed to control the urge to jump back from his outburst. “I’m doing my job,” she answered coldly.
“Your job.” He sneered the words back at her.
“Yes, my job. I need to find out what happened to the MCPO and your role in it.”
“I had no role. I had a meeting and found him dead.”
“So you say,” she said, poking the tiger. She needed to be sure. She knew him well, even if it had been five years. He still hadn’t told her everything.
“Since when is my honor in doubt?” he nearly shouted.
She clenched her fists behind her back to relieve some of the emotions coursing through her. Was it honorable to leave a woman just weeks before the marriage? “We are talking about murder. Or rather you’re not talking.” Her voice rose on the end. He had a way of getting under her skin—always had. Everyone on her team thought she was cold as ice under pressure.
“I told you I found him and called you. I did not kill him,” he said. His vocal volume also rose, making her feel a bit better. She wasn’t the only one losing control.
“You’re also not telling me the whole truth. Out with it.”
Their shouting match had put them in each other’s faces. Her height so close to his that they were mouth to mouth and before she knew it, he’d grabbed her and stolen a kiss from her. Stolen a kiss, her anger, and her will to resist.
For a brief blissful moment, she forgot about the case, the five years, and the betrayal of abandonment. His lips pressed to hers, rough, demanding and oh so delectable. She gave back as good as she got, her tongue warring with his for supremacy.
Then he stepped back and she stood there dazed. They both were breathing hard and just stared. She recovered first.
“What in the hell was that?” Yes, anger, a dandy shield to hide behind. She should know; she’d perfected the technique over the last five years.
These two are a real riot together. Both strong, both loving and wait until you see what happens to them!!
For snippets from other stories in the anthology, go like and read the page. Allie A Burrow shares a few bits there!
OH and let's add the buy link, shall we :) It's even on sale at the pubs site! Buy buy buy ;D
Posted by Leona at 1:45 PM No comments: