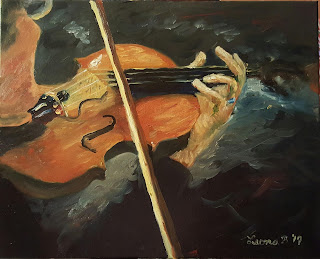 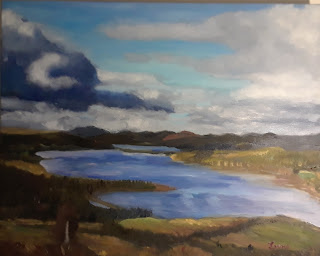 And So It Begins

I know, I know, like always it's been awhile. Well, my life has been crazy. I'm getting my health in order, though, so hopefully won't have as many lengthy times in between. It's hard starting over. One of the major things I'm starting over with is my health. For years--YEARS--I've been ignored when asking for help from doctors. Then I'd find a good one, and they'd leave. (I go to a clinic where they serve x years to get x dollars deducted from their taxes, so many, many doctors serve their time and move on.) However, I now have one that is, so far, AMAZING. He actually PALPED MY KNEE. That is to say, he touched it and the shin of the leg that is in so much pain since my sledding accident.

He took xrays. I have osteoarthritis in that knee now. Oh joy. There's a whole long backstory on my thyroid issues, weight, this knee issues that would take ten blogs. Suffice it to say, if doctor's hadn't ignored me just to say "You're fat." then I would likely not have this issue, or at least not this bad. But even before I saw this new doctor, I was determined to be healthier and started to swim. Just under two years ago, I weighed 300 pounds. I didn't look like 300, more like 250 because I stayed active, but I was. Even a few pounds over. They changed my meds, and I lost a lot of weight. They changed them again, lost more, without trying.

I decided to try...and was stuck. My thyroid levels were so low (.o3 where low side of normal is .34) that I basically had zero metabolism. Late June, they are .1 so getting somewhere, but still slow. Imagine trying to lose weight and get in shape with essentially no metabolism, or as now, very little. It's hard. I have an end goal of 180...and maybe 160...

I am struggling with that as every day I don't have 1k calorie deficit, I don't lose weight. It's a serious struggle. I've given the overview here, and I'm going to do regular updates as part of my blogging now.

Why? you might ask as it's a publishing/writing/painting blog...because, our health is part of our ability to think, to create, and part of our struggle. Low metabolism makes it harder to meet deadlines, to stay awake for normal hours, to find the energy to even go buy the materials, learn new things, market, etc. It affects every aspect of our lives. I believe other creatives are dealing with health struggles and need to know that others are out there who understand.

I am determined to get myself back. I have a goal of 180 by end of year (faster than normal because my meds are being adjusted). However, I made this goal in June...and didn't lose weight for WEEKS. I swam, started aerobics, etc. I wasn't eating enough it turned out. I started using myfitnesspal and mapmyrun and started doing c25k (loads of fun when your knee hurts like hell!). Weight came off for two weeks. I was down to 249. Then I went camping at an SCA event. Gained 9 pounds, despite NOT going over calorie goal (you know, the one on fitness pal they say is for losing 2 pounds a week...that one?), and Two of the three days, I ran 3.3 miles...which took me an hour as I actually walk/run alternately. Then this past weekend, gained six, despite not going over calorie goal one day, and only slightly over the next day. However, I have myfitnesspal set to me having a sedate lifestyle, which I do not, so it shouldn't matter. But it does because my meds are wrong.

I am working hard to be healthy, and it is discouraging at times. But I have friends, one in particular, who has been encouraging from me at all times. To all of you, Thank you. To those that need a friend, follow my blog. I will try to encourage you, share my pitfalls, my sadness, as well as my joys and triumphs. I am continuing to work hard on my exercise and eating. I have a goal to make. I am determined to walk this path and meet that goal.