Faberge Nostromo, As Dreams Are Made On

Today we have Faberge visiting us in his first ever f/f romance. And it's a doozy. He tells you a little about how the story came about, so I'll leave that to him. :)

*sniffs and grabs the hanky* Also a proud author moment for me. And he doesn't know it, but I'm currently writing another sci-fi, trying so hard to finish it by end of this weekend... *wails in happy author moment* Thank you Faberge!!

It's so lovely to be here with Leona today. She's been enormously supportive of my writing and I am hugging her to bits over t'interweb.


So, I want to talk about As Dreams Are Made On, my sci-fi F/F update of Shakespeare's The Tempest (I like to think it's where the Bard might have taken it had he seen Star Trek) and the authors who've helped it on its way.


It was kicked off by a Facebook group floating the idea of a Shakespeare inspired anthology of short stories. The Tempest has long been a favourite of mine from when I saw the 50s SF movie 'Forbidden Planet' and someone explained that it was Shakespeare in space. I've seen the Royal Shakespeare Company do it with Patrick Stewart (Captain Jean Luc Picard of the starship Enterprise) as Prospero.


I was also inspired by Leona's "The Captain's Christmas" but I've not told her that... yet. I wondered how romance in space might play so I read it to get a steer. My Captain Jane Ferdinand's not like Leona's Captain Faraway Hastings though, but I think they might get on.


As Dreams Are Made On also features a very adaptable android, R.E.L., and writing his interaction with both Captain Ferdinand and Miranda, my marooned alien girl, took me a few light years out of my comfort zone. Who better to check that with than Doris O'Connor, author of many, many books but especially "Man-Droid The Orgasmatron"? She didn't actually laugh out loud or suggest I bin it so I carried on.


I dived into Shakespeare on my kindle and hit Wikipedia and Google for dates, events and themes in Shakespeare and for images to inspire me. I also revisited Forbidden Planet and a lot of Star Trek. That wasn’t hard though as I am a total Trekkie and frankly, once I typed the word "bo'sun" it practically wrote itself.


Last, but soooo not least, port of call—or space port of call, I suppose—was Raven McAllan who, despite usually going nowhere near space, androids or starships in her work has written enough romance novels to stretch from here to the Andromeda nebula (and that's a long way). She really is the go-to girl on style, structure and steaminess. She snipped at a few –ing words here and there and also didn't laugh out loud.


Thank you all, ladies. As Dreams Are Made On wouldn’t have happened without you. I hope you like it.


A stricken starship, a captain lost in space; a beautiful alien girl, marooned and adrift in time; the perfect robotic servant. Can he help them come together and find the space and time for love?


Faberge Nostromo takes Shakespeare's 'The Tempest' far into the future and onto a world where two women find that love, with the aid of a very capable android, can be such a thing as dreams are made on.

"I am a woman, Miranda. Flesh and blood. The same as you."


Miranda breathed in slowly, her gaze flitting from Ferdinand's eyes to her lips.


Ferdinand sought Miranda's mouth now, more eagerly, and darted her tongue inside. The kiss was full and deep, both girls probing and tussling with their tongues as Ferdinand ran her fingers through Miranda's long purple tresses. Miranda put a hand on the small of Ferdinand's back, pushing harder, and with her other hand stroked Ferdinand's neck. She used her hands to explore every inch of Ferdinand's back and shoulders, gently sliding over the silver of her uniform, tracing her spine and muscles through the tight material, kneading and caressing in turn.


Their mouths parted, tongues teasing until Ferdinand leaned to one side and danced a series of butterfly kisses on the smooth blue skin of Miranda's neck and throat. Miranda gasped and slid her hand around from Ferdinand's back and inched toward the curve of her breast.


"Jane. It's Jane," Ferdinand replied in between the pattern of kisses she was placing on Miranda's neck. Miranda inched her fingers toward Ferdinand's breast until they gently brushed the smooth lower curve. She stopped.


"Yes, Miranda," Ferdinand replied. She placed a hand on Miranda's and gently moved it up until Miranda's slim blue fingers covered her breast. "Let your emotions and desires tell you what to do."


Ferdinand's nipple hardened as Miranda gently explored the curve and outline of her breast through the tight silver of her uniform. Ferdinand released her hand and placed her own on Miranda's pert, firm breast, feeling her nipple already hard through the silk. She circled the tight button with her thumb and felt Miranda mirror her movements.


They kissed again, deeply, as each felt the other's soft curves and hard nipples, Miranda's fingers exploring, Ferdinand's confident and insistent. Ferdinand was wet now and wanted those smooth blue fingers to explore inside her. She knew she had to gently lead Miranda there, to teach her, guide her. 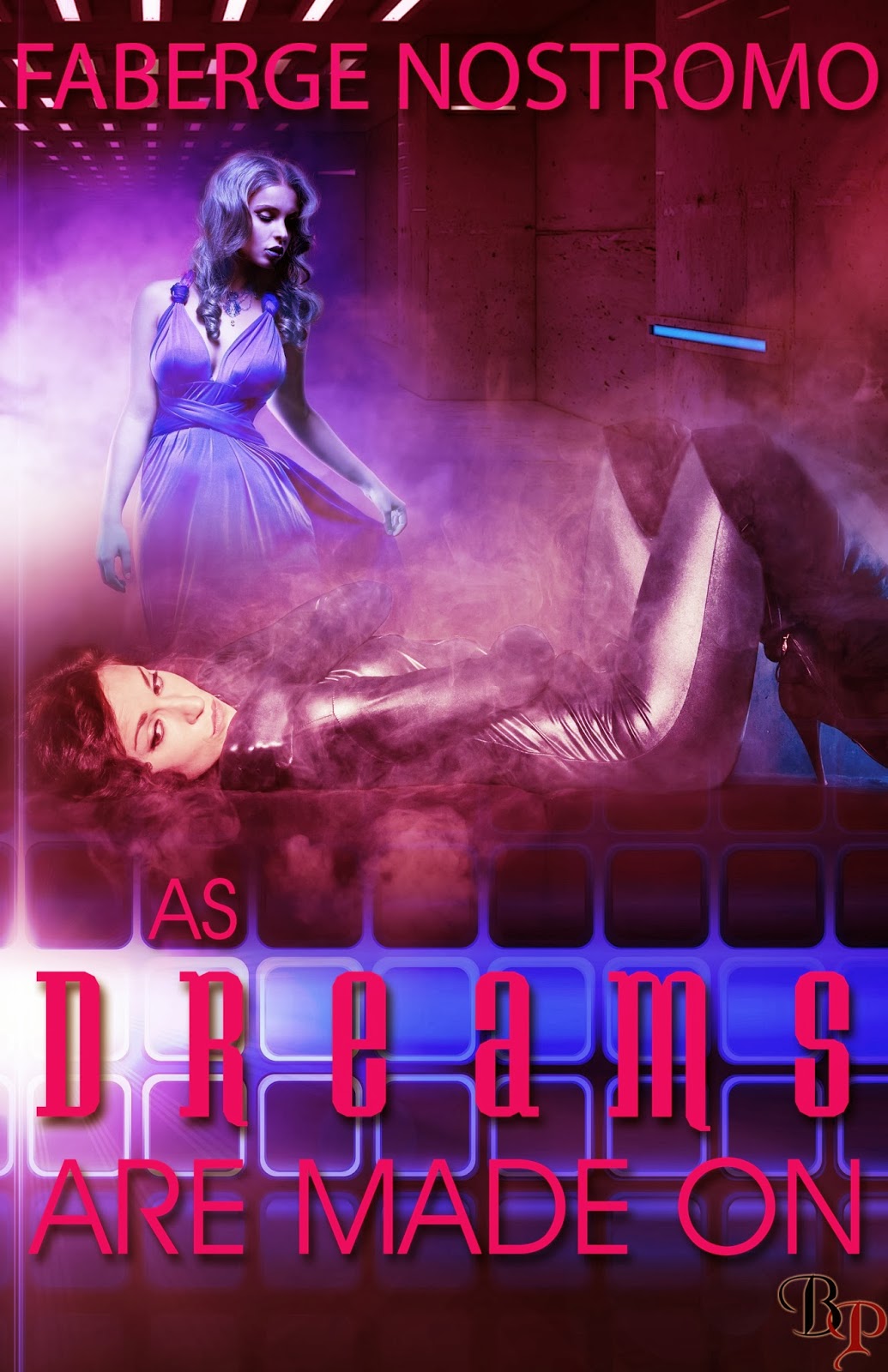 Faberge Nostromo grew up in the East End of London before escaping to East Anglia. He has been a civil servant, a tea boy, sound engineer, a librarian and an IT consultant but always knew that he was a writer. He now lives deep in the heart of Suffolk with his wife, son and too many guitars.


http://www.pinterest.com/fabergenostromo/
Other great book by Faberge Nostromo and Breathless Press: 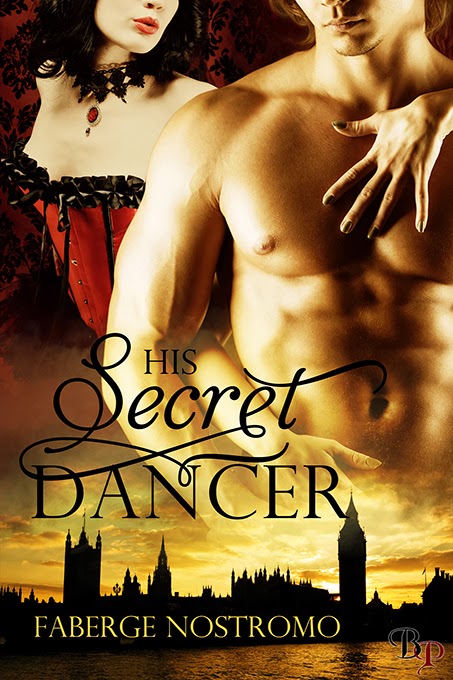