Hi :D Today I have another writer for Three World's Press, Allison Merrit. She's a newbie to me with another historical romance. I think we're going to single handedly bring back historical romance! And omniscient POV, if I have anything to say about it!! :D She's shared a bit with us, as well, so enjoy! 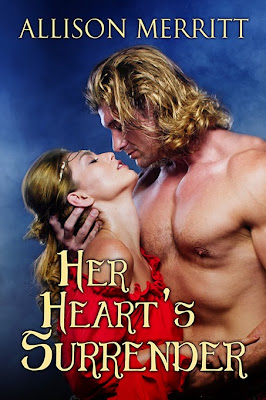 I'm a romance writer and a history lover, although my tastes have typically leaned toward mid to late 19th century. I owe my love of history and the written word to many teachers. Somehow they managed to bring the past and words to life. But still, I never thought it would lead to a Viking romance. That is something I owe to other people.

Last year, while I perusing books, I stumbled across Mark Lawrence's Prince of Fools. To make it short, it's about a cowardly, spoiled prince convinced he has everyone fooled into thinking he's a war hero who accidentally gets cursed along with another man. That man is a Viking who only wants to get revenge for the death of his wife and child. It sounds kind of sad, but really, it's hilarious and beautifully written. These two guys are bound together on this long journey trying to get the curse off of themselves. The stoic Viking and his band of friends really inspired me toward writing a Nordic hero. That and... Game of Thrones. I'm not even joking. I was able to watch the first three seasons pretty much back to back. I fell in love with the complicated almost soap opera-like plots and the feudal-type system the show has going.

Suddenly I couldn't not write a Viking romance. Because Prince of Fools and Game of Thrones are both fantasy, I considered creating a whole new world for these characters who didn't want to shut up inside my head. But I fell back on my love of history and started devouring everything I could find about Viking life. I admit, Her Heart's Surrender contains a lot of fiction, but I tried to keep it as factual as I could while weaving the type of story I needed to tell. I'm never for a second sorry I swayed from my 19th century.