Raven McAllan with The Girl on the Bus


Hi peeps! I've began to get a few guest blogs and you won't believe the line up :) Not all romance either! Which I feel is fitting considering my first urban zombie thriller is due to be released at the end of this month :)

For now, be happy with my darling Raven as she puts out yet another great one!! Today she speaks of the awesomeness that is a crit group. Take it away Raven! 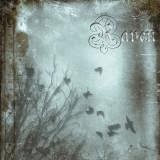 My crit group have learned and coped with a new and unusual aliment.


It's called Ravenfingers and generally isn't catching. It's an ailment of mine that affects me when I type. I really do think my fingers are typing the letters in the right order, and hitting the correct keys, when in reality they often aren't.


They've all come to accept that rodya could be today. Or rides, or well anything. However they are pretty good at getting the gist of it.


There's a very simple reason for this ailment. I type as fast as I think, even though tis only with two fingers. Sometimes I correct as I go. Other times I write a whole paragraph and struggle myself. Ah well it makes for interesting conversations with my writing friends. Along the lines of…"anyone any ideas what this is supposed to mean?"


If it’s a no I reread and think again.


I've had my fair share of 'no thank you', and 'revise and resubmit' as well. However I can luckily say I've had more of the 'we'd love to publish your work' ones.


And two years on, I can finally accept I am a multi-published author.


This week I'm celebrating that.


Ah and okay not just that. Of a book out as well. Yep, today The Girl on the Bus is available from www.evernightpress.com today, and I'm really excited.


I never ever lose that butterfly in the tummy, chair swivel jiggle, happy dance, excitement when I have a new release. The cover art, the author files, the first sale on the publishers site, All Romance eBooks, Bookstrand and Amazon. It's a fantastic build up.


You know I never ever thought I'd get to this stage. Someone asked me did I regret not starting earlier? Well as nice as that would have been I know for a fact I couldn't have written like I do now, when I was younger. So that's a no then.


And after all I need to travel to get my places to set my books now don't I?


Anyway, to celebrate author birthdays book releases and fantastic editors and publishers, I'm doing a wee giveaway. (Note that's wee as in little—I live in Scotland—not wee as in pee.)


But as I'm in a high-five party mood, I'm going to ask some questions.


So, where in the word would you go to celebrate something big? And let me see what would you prefer to celebrate with…Champagne and strawberries or whisky and haggis?


So and finally, The Girl on the Bus is out today from www.evernightpublishing.com (oops I've already said that)

Julia ran out on Rob five years ago, so she cannot be the face he sees on the bus. However, when she ends up being the one taking notes at his meeting, he knows he will move heaven and earth to make her his once more.


Will she agree, or will she run again?

And a wee tease…


Once inside the room, which as far as Julia could see, was empty except for a bed, Mister T gripped her by the chin. "What is the first thing you thought when you came inside?"


Julia answered him without thinking about it. "Is that all?"


His shout of laughter rumbled through her, and his hand on her hair sent zaps of hot hard arousal to her clit and pussy.


"Well we can't have that, can we? A disappointed sub. Now I wonder what we should do?"


Going on instinct, Julia knelt awkwardly in front of him—she'd done her research on line—put her hands behind her and bent her head.


"Please, sir." To her annoyance her voice shook and she cleared her throat. "I want to learn."


Julia swallowed. "Whatever you wish to show me, sir." Then she remembered one of the books she'd read. "Within my safe words."


He'd laughed. "Clever, pet. What are they and what do they mean?"


"Red, stop now. We may discuss why I'm calling red but until we do its non-negotiable. Yellow, I'm not sure about what's happening, and maybe we need to discuss it further. And green, oh yes, I'm very happy let's carry on."


He crouched in front of her and kissed her nose. "That seems to cover it. Well sub, I'm considered to be best at wax play. Are you willing to let me show you the beauty therein?"


Those words spoken in his velvet voice made her ream coat her pussy and thighs and the hairs on her arms stand up.


"Yes, Sir. Please, Sir." The salutation seemed so easy to say, and so normal to her, that it rolled of her tongue automatically.


What followed became the most special and mind blowing time of her life. It was all well and good saying no sex, but it had been sexual in its own way.


Tay showed her with both diagrams and pictures what would happen. Then asked her to sign yet more disclaimers, before telling her to shower to remove all lotions and perfumes.


When she'd exited the shower, a tall smiling woman waited for her. Julia blushed. She might not be ashamed of her hourglass figure, but she wasn't used to flaunting it.


"Master T said would you put this on, please? He reckoned you'd not be happy dressed just in a thong as he'd prefer." She'd passed a bikini to Julia who looked at it doubtfully. It was so tiny, Julia reckoned she'd be lucky to get her nipple covered by the top, it looked to be an AA cup and she was a DD. The bottom wasn't much better, but at least it covered her bush.


The other woman, "Call me Callie," giggled as Julia blushed. The way Callie’s face crinkled up, made her look much more approachable and ten years younger. Julia realized she was around the same age as herself.


"Master T?" Julia asked as she struggled to dress in the bikini without dropping the towel. "Does he ever go mask-less?"


Callie shook her head. "Nope, but he's so good no one worries. Look, honey, it's obviously you're like a newborn babe here. Believe me, no one will bother about your body, except to see the marks of your Sir or Master on it. For hygiene's sake, if you carry on you'll shave or wax your pussy, it's preferred, and you'll get used to being mainly unclothed. It's no biggie. Right, you're playing in private, but I'm dungeon master for you. Master T thought you'd be happier with a woman around."


The following hour had been eye opening, enlightening, and mind blowing.


"Green, Sir." Okay she didn't know how she felt about not having the chance to move, but then she trusted him to know best. Behind him, Callie leaned against the wall ever watchful. So she did have a get out of jail card.


Once the first drop of wax hit her chest, the intense sting was followed by a flush of arousal so strong Julia almost came there and then. At the stern, "do not come until I say so", she bit her lip, regulating her breathing instead. She flew. Nothing existed except each soft drop of wax, his quiet praise, and the way she was detached and watching herself flush and blossom.


He tapped her mound gently and spoke in his sex on legs voice. "Fly, pet. Come for me now, Silver, show me how you let go."